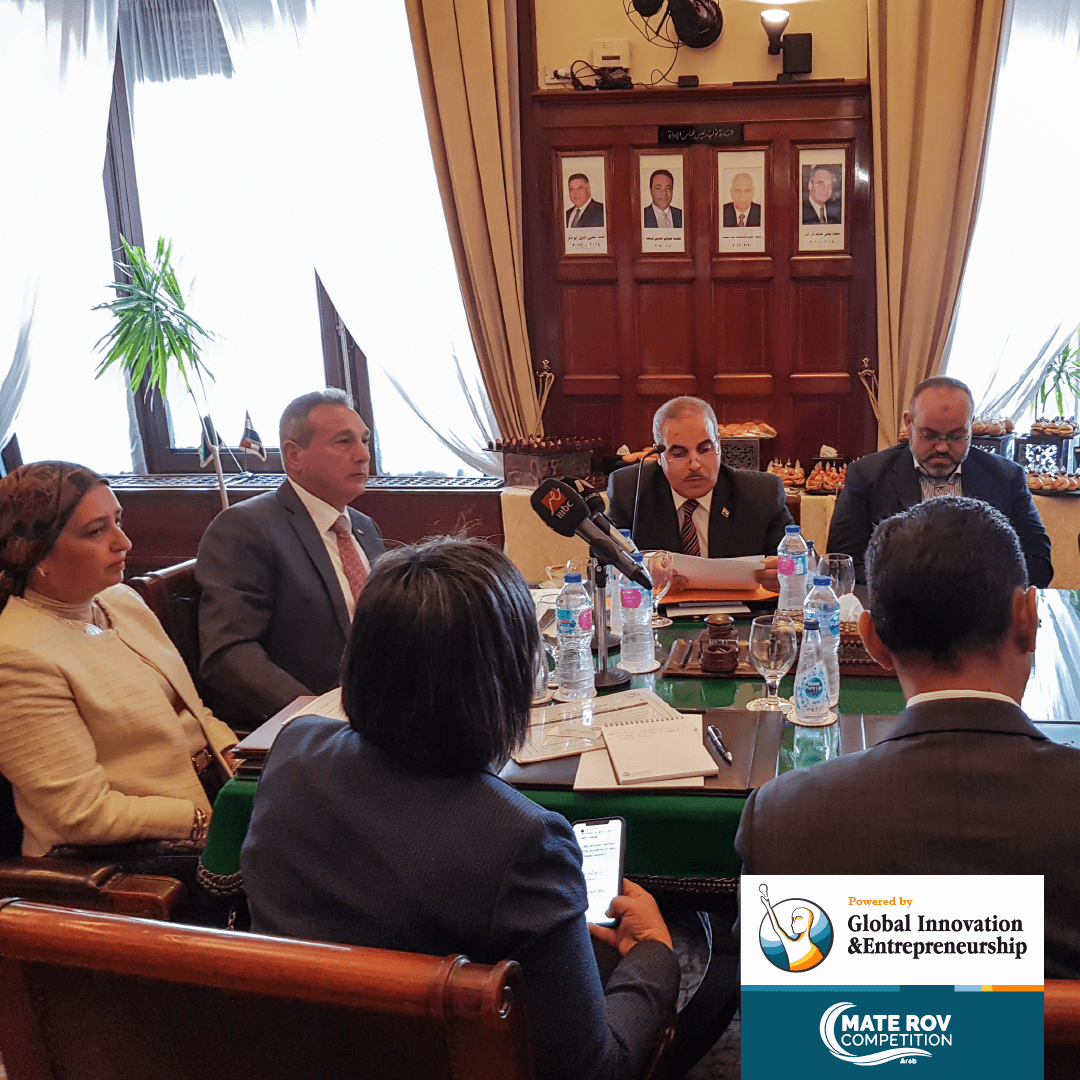 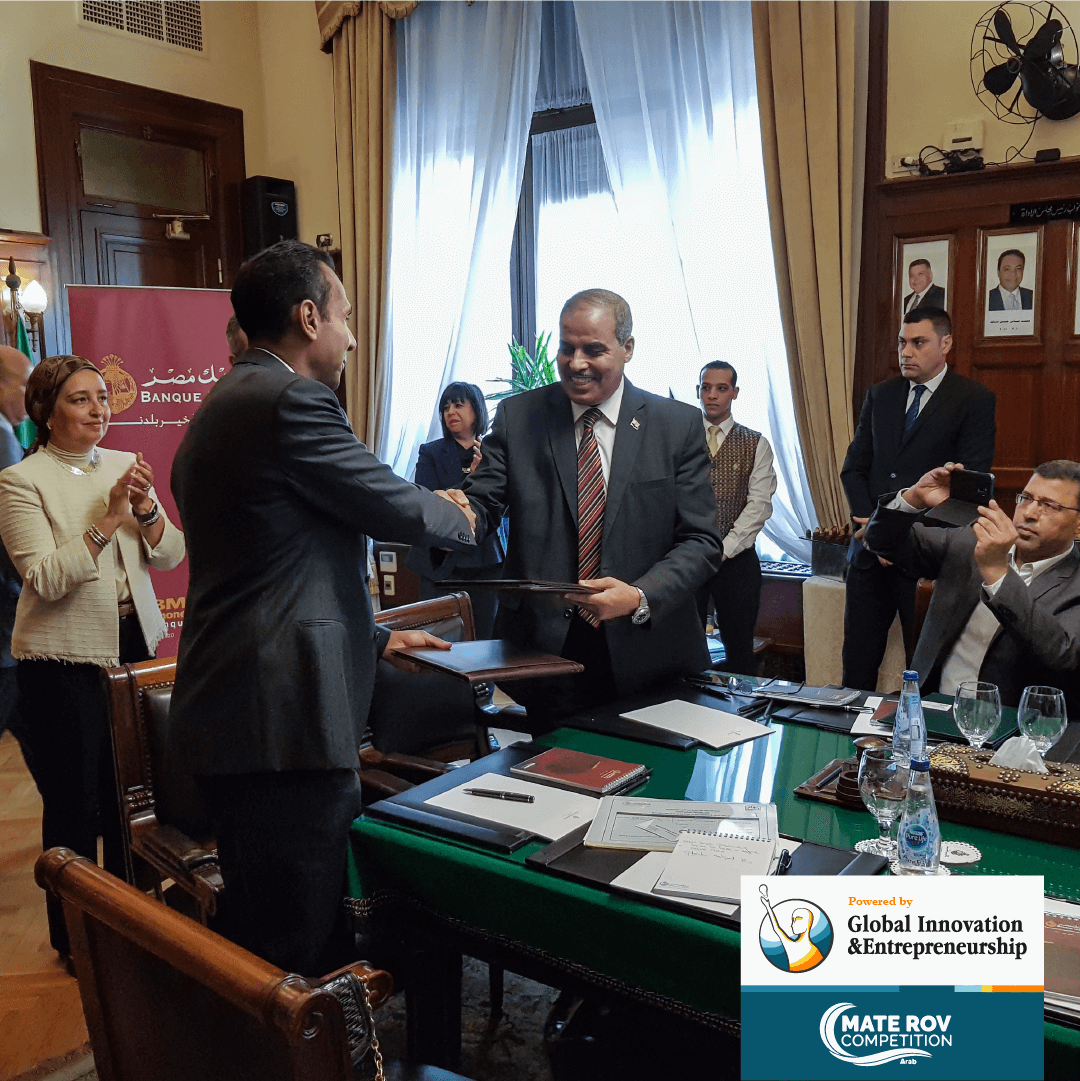 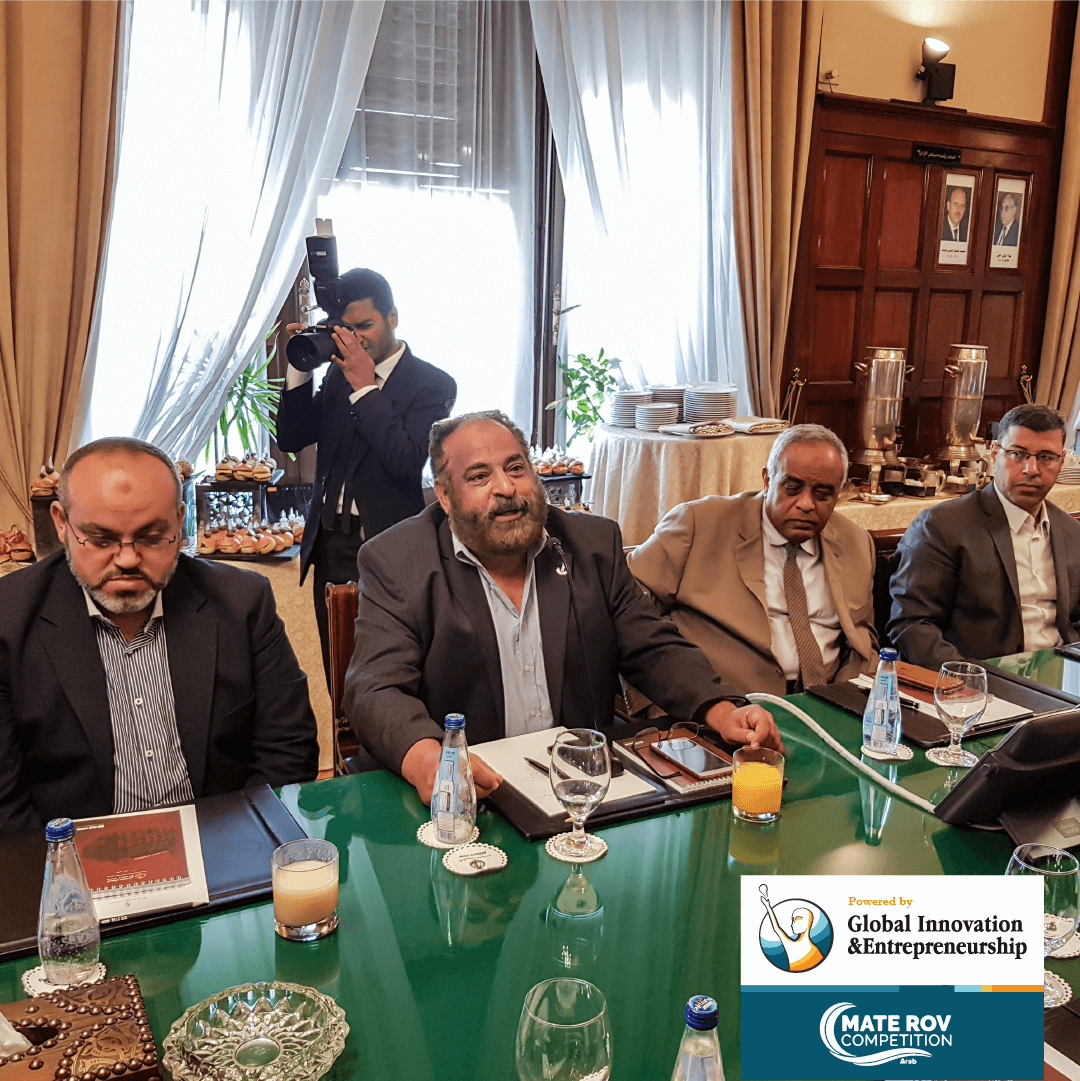 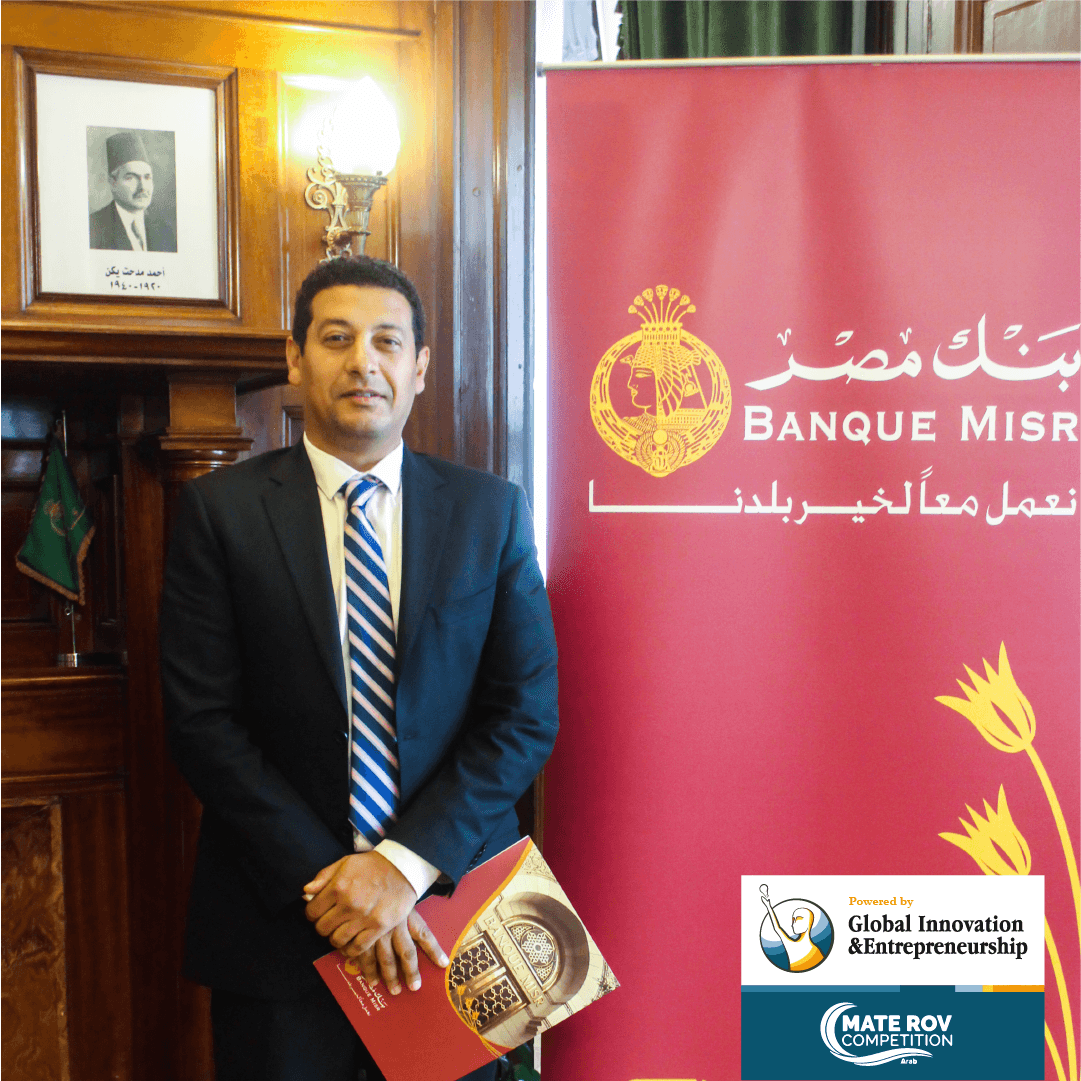 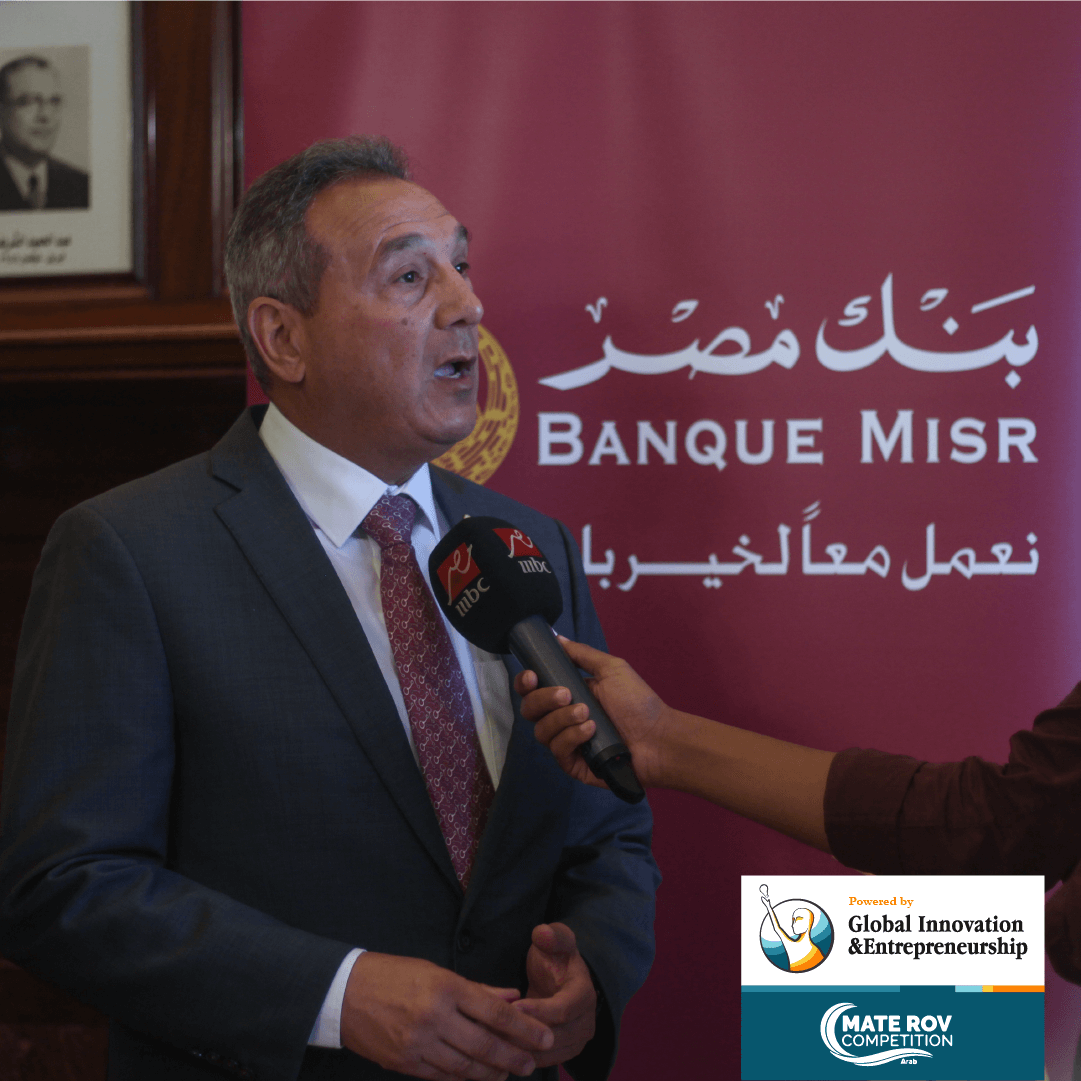 A new step towards a growing robotics industry in the MENA

Establishment of the first research and design center specializing in marine robotics and marine science technology in the Middle East.

A collaboration agreement was signed today at the headquarters of Egypt Bank in the presence of the Chairman of the Board of Directors of Egypt Bank and the heads of Al Azhar, Ain Shams and the Maritime Academy for Science, Technology and Maritime Transport.

During the signing the presence confirmed that the establishment of this center is the result of a great effort and hard work for more than eight years, where the first local and regional competition for marine robotics was launched in partnership between the Arab Academy for Science, Technology and Maritime Transport and the Global Innovation & Entrepreneurship (GIE) Company in cooperation with the United States Center for Advanced Marine Science and Technology (MATE).

Eng.Mohamed Aboud, the CEO of Global Innovation & Entrepreneurship (GIE) Company, said that the ROV submarine competition, which was the main reason for starting this field in Egypt and the Arab region, is an international competition that began in 2001 to provide students, universities and technical institutes with the opportunity to learn and develop underwater robotics. These robots are being used in various industries, marine and hydropower especially repair, train and maintain marine communications, which link communication networks and interconnections between different continents of the world in addition to oil and gas industries, maritime transport, rescue, and ocean engineering.

For his part, Dr.Ahmed Elshenawy, CEO of the Arab-Egyptian Competition, said that Egypt has participated in this competition for eight years. In the international competition last year, Egypt won first and third place in the world among 76 teams from around the world, and this year they won the 2nd place worldwide.

This year, eight Arab teams from Egypt, Saudi Arabia, the United Arab Emirates and Tunisia participated in the international finals of the competition after participating in the regional qualifiers in Egypt held at the Arab Academy in Abi Qir under the supervision of the Regional Information Center and sponsored by the National Telecommunications Regulatory Authority and Addis International Holding Company "ADES" April 11-13.